In the grey zone between Fertility and Infertility

In the Facebook page people use various ways of describing their status such as ‘complicated’, ‘in relationship’ etc.  However, the common usage especially for women is ‘single or married’.

Just so in the eyes of the society, a woman particularly a married woman (let’s not even mention about non-marriage and fertility, there is no connection whatsoever!) is invisibly  categorised  as ‘fertile ‘ or ‘infertile’.  , A woman may not be asked if she is fertile or infertile, but inferences will be made and indirectly questions will be raised to find about it.

I vividly remember an incident that took place soon aftermy marriage. In a gathering organized to provide welfare assistance to women, a senior  lady in-charge of the event asked the women gathered to divide themselves into those fertile and infertile. Thankfully, I was not a part of the target group, otherwise I would have been confused as to where I belonged. But I felt terribly annoyed with this blatant callout to reveal their status of fertility or rather infertility. I thought it was an intrusion into one’s personal space. I could see the pain and shame in the eyes of the women in one group and sheer sense of achievement and relief in the other.

Moreover, the status of being fertile or infertile is not black and white.  There is a grey area as well. For I have transgressed into the zone between the lines of fertility and infertility.I have lived both and therefore know how this idea of status framed by the society could play in our minds.

Starting from a very young age all women are made to believe  that one of the most important aspect of a woman is to be a mother. Constantly the idea is reinforced that being pregnant and giving birth is an ultimate experience every woman should undergo.  I refused to believe and was not convinced about the idea of ultimate experience of motherhood. I loved puppies more than babies.  Therefore, I did not quite feel that I would miss out on the ‘once in a lifetime’ kinda experience such as pregnancy. Subsequently when I got married, I wasn’t particularly looking forward to the thrills or prospects of being pregnant.  But I couldn’t escape from the inquisitive questions especially when I completed five blissful years of marriage.

It is then I realised that I had involuntarily fallen into the status of ‘infertility’ in the eyes of the people.  All the well-intended well-wishers took it on themselves to make me pregnant!! Yes, I was bombarded with all kinds of medical and non-medical remedies including varying sexual positions to try out.  I was made to get confused whether,I, not having a child was by my choice or otherwise.  In spite of my feminist ethos,I have to admit, that  I also became a victim and began agonizing if I was infertile. My family was extremely understanding and never ever made an attempt to even discuss on this issue.  But somewhere, I started to feel incomplete, unproductive and barren.  I internalized the idea and self-inflicted it on me, though none of my loved ones ever insinuated on my so called infertile status.

The only test I ever underwent was to do some kind of xray (fluoroscopy) in order to check any blockage in the fallopian tube.  But that test was enough to shake me from the silly trap of guilt and shame I was drifting to.

There I was, sitting in the reception of the gynaec  OPD of a general  hospital on a hot Delhi summer afternoon.I am not someone who visits hospitals often, and that too a gynaec facility.  So I did not know what to expect.  Being a general hospital in the heart of the city, there were  patients from all walks of life in the OPD. Most of them seemed calm.  This was much in contrast to my own apprehensions and  restlessness about  what was in store for me.

After the initial registration, another woman and myself  were asked to move to another ward where the xray would be done.   The other woman looked younger and frail and was from a rural background. She was accompanied by her husband.We had to wait for a bit before she was called in for the examination.  By that time I was restless and after a 20 minute wait I saw the other woman coming out of the examination room.  She held a very blank expression from which I couldn’t gather much as to what her experience  had been.

I bid a quick bye to my husband before I disappeared behind the curtains into the  examination room.  It was a huge room and dimly lit with just a high basic tableand a scary looking apparatus attached to it. The nurse came with a robe in her hand that she asked me to change into.  She guided me to an adjacent room which was tiny and dusty.  I reluctantly changed into the  faded and stained robe was more than double my size.  Some of the strings to hold together the open edges at the back had come off and  exposed my buttocks and back and made me feel extremely embarrassed.

When I came out attired thus, I realized the room where the examination was to be done, had no doors.  The  examination room has only flimsy curtains to protect my dignity, y apart from the flowing robe which was headed to fall anytime.  I felt terribly uncomfortable.

The nurse instructed me to lie down on the table. Then came a man who sat across the other side of the apparatus.  When he gave a ready signal, the nurse asked me to open my legs wide apart while she had some tubes in her hand.  I was very conscious of the fact that someone would enter the room while all this was going to happen.  The nurse rudely said ‘why don’t you open your legs properly?’ I told myself to take it easy and did as she wanted me to.  Without telling me what she was going to do, she tried to insert those tubes inside my vagina.  No one in the hospital had  explained  to me what would happen during the test. Therefore, the rude insertion of the tubes came as a sudden shock and my body tightened with fear, only making me close my legs further.  At this point, the nurse thought that I was behaving like a disobedient child and shouted at me to widen my legs apart, all the time holding me by my knees.

It may have been  a  routine procedure for her, but I wasn’t prepared. So when the tubes were put in and I gave out a little cry the nurse couldn’thelp but smirk.  Later like a sudden gush came some warm liquid through these tubes, which almost pierced my insides.   The excruciating pain made me cry louder and this time the nurse chuckled dismissing my ‘animated’ reaction.  I knew then that this is going to be a lone battle with no support or even kind words from her part.

Just when I was keeping silent while undergoing the pain of the procedure, I saw a male staff member entering the room with some casual enquiry.  It jolted me to see someone encroach my privacy like that.  The mundane conversation between the nurse and that intruder, with complete disrespect to my being, hounded my senses.  I swallowedmy pride, but the humiliation that I experienced was far more painful than  the physical pain of the procedure.

I came out of  the room with tears of shame unlike the  previous woman patient.  I asked myself whether I was actually being melodramatic.

May be the other woman didn’t feel the pain as much as me.

May be the other woman was given a more clean and a descent robe to wear.

May be she underwent the examination where there was a door.

May be she was told about the procedure before it started.

May be the nurse had comforting words to say while she was in pain.

May be nobody was made to walk-in during the procedure.

May be she was treated with respect and dignity.

But I am quite sure it was unlikely.

It was such a harrowing experience and I had never felt more violated than that ever.

At that moment, I decided to put an end to any further intrusive methods of intervention and investigation to assess my fertility at the cost of my dignity. I was very fortunate  as my family and friends supported me in this decision of me refusing to be declared ‘infertile or fertile’.  So I was dwelling in an area of grey space.

But how many of us are fortunate to be so?  I have seen numerous cases of women feeling shame, guilt, and even threats, depression, disappointment and turmoil. Most of them are victims of societal intrusion but some self-inflict it on themselves. It would be fair to say that men also face such humiliation.  But the repercussions for women are far higher.  A woman  gambles on her marriage, loved ones and most of all, her identity in this whole game of being tagged as fertile or infertile.

Ramya Anand, a Consultant with RUWSEC

works on issues related to Sexuality and Reproductive Health and Rights 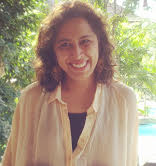